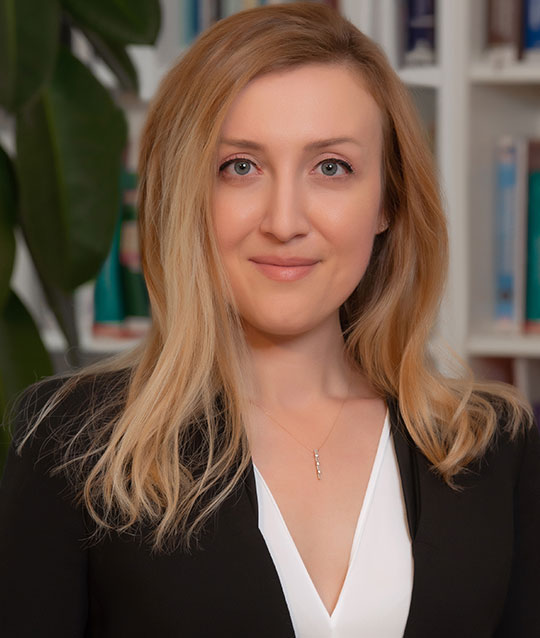 Ayse Selcen Ozcan graduated from Ankara University Faculty of Law in 2013 and obtained an LL.M. degree in European Law from Leiden University, the Netherlands in 2014 as a Jean Monnet Scholar of 2013-2014. She has obtained her second LL.M. degree in the field of dispute resolutions in International Law in Public Law LL.M. programme at Galatasaray University in 2019.

As of June 2016, upon completing her legal internship, she became a licensed attorney registered at Istanbul Bar Association and started working at Cetinel Law Firm in August 2016.

She takes part in international arbitration, investment arbitration and dispute adjudication board (DAB) procedures and focuses on international construction projects on aspects of contract management and pre-contract risk analysis.

She represents and advises contractors of various nationalities in cases or projects in Europe, Middle East and Turkic Countries. She acted as party representative and tribunal secretary in matters conducted under the rules of institutions such as ICC, PCA, ISTAC.

She contributed to International Construction Law, Second Edition, edited by Lukas Klee. She is one of the authors of the Turkish chapter in Compendium Project funded by Society of Construction Law Australia and supported by Melbourne University.